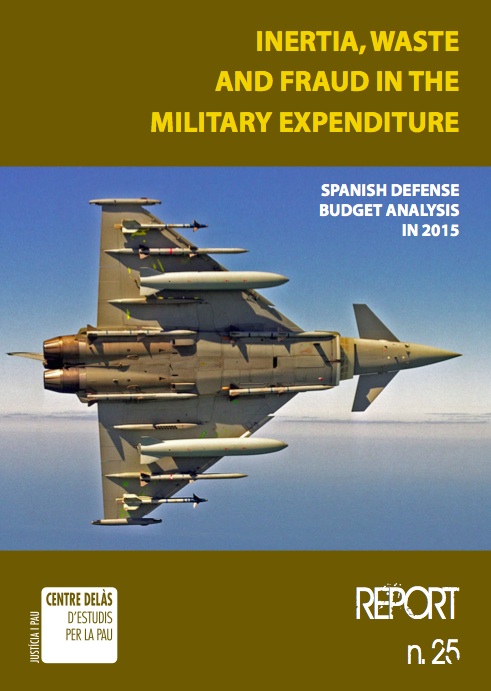 Inertia, waste and fraud in the military expenditure. Spanish Defense budget analysis in 2015

New report on Military Spending, analyzing the Spanish defense budget 2015 through an actual calculation of the Spanish military expenditure and expenditure items on which it is based.

It is produced for the first time since the crisis began in 2008, an increase of the Spanish military budget. This is a budget cheats defense because, knowing that the final expenditure on some items will be considerably higher, still hiding his intentions under the more inaccurate calculation of two significant items of Defense budget: the intended for PEAS and for the cost of military operations broad.