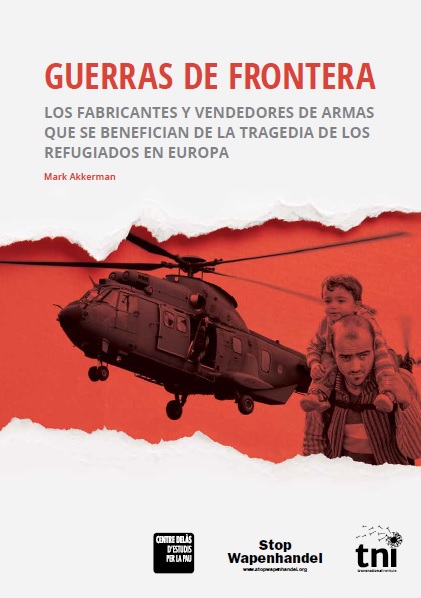 This new report, published by theTransnational Institute, Stop Wapenhandel and Centre Delàs d’estudis per la Pau, reveals how European manufacturers and sellers of weapons benefit from the tragedy of refugees. This report exposes the military and security companies that have profited from the tragedy, winning contracts to provide the equipment to border guards, the surveillance technology to monitor frontiers, and the IT infrastructure to track population movements.The study analyzes how the European policy response to refugees has led to a large increase in the budget that benefits the border security industry, dominated by large companies weapons. The report also points to a growing convergence of interests between European political leaders who seek to militarize the borders and the arms and security industry.

You can download here the executive summary in English, Spanish and Catalan, and the full report in Spanish