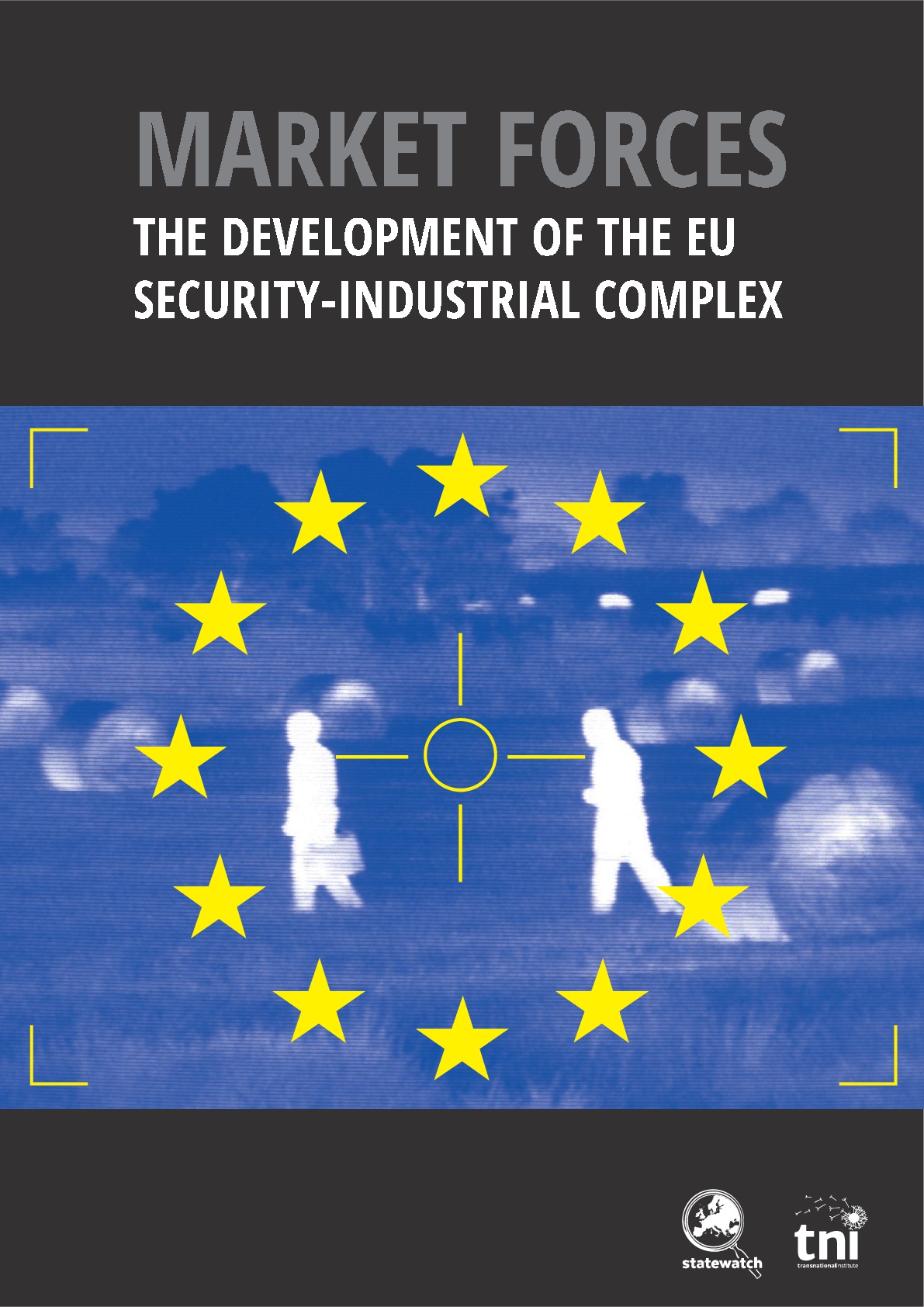 A group of transnationals is receiving millions of euros of public research funds to develop surveillance technologies and increasingly invasive espionage, as revealed by a new report published by the Transnational Institute, Statewatch, the Delàs Center for Studies for Peace, International Institute for Nonviolent Action (NOVACT) and the Center for Education and Research for Peace (CEIPAZ).

The report Market forces reveals that the research program of the EU 'Secure Societies', which has a budget of 1700 million euros, has been largely defined by the influence of the sector of "internal security" and that , in this process, it is building a Europe that is increasingly militarized and focused on security. 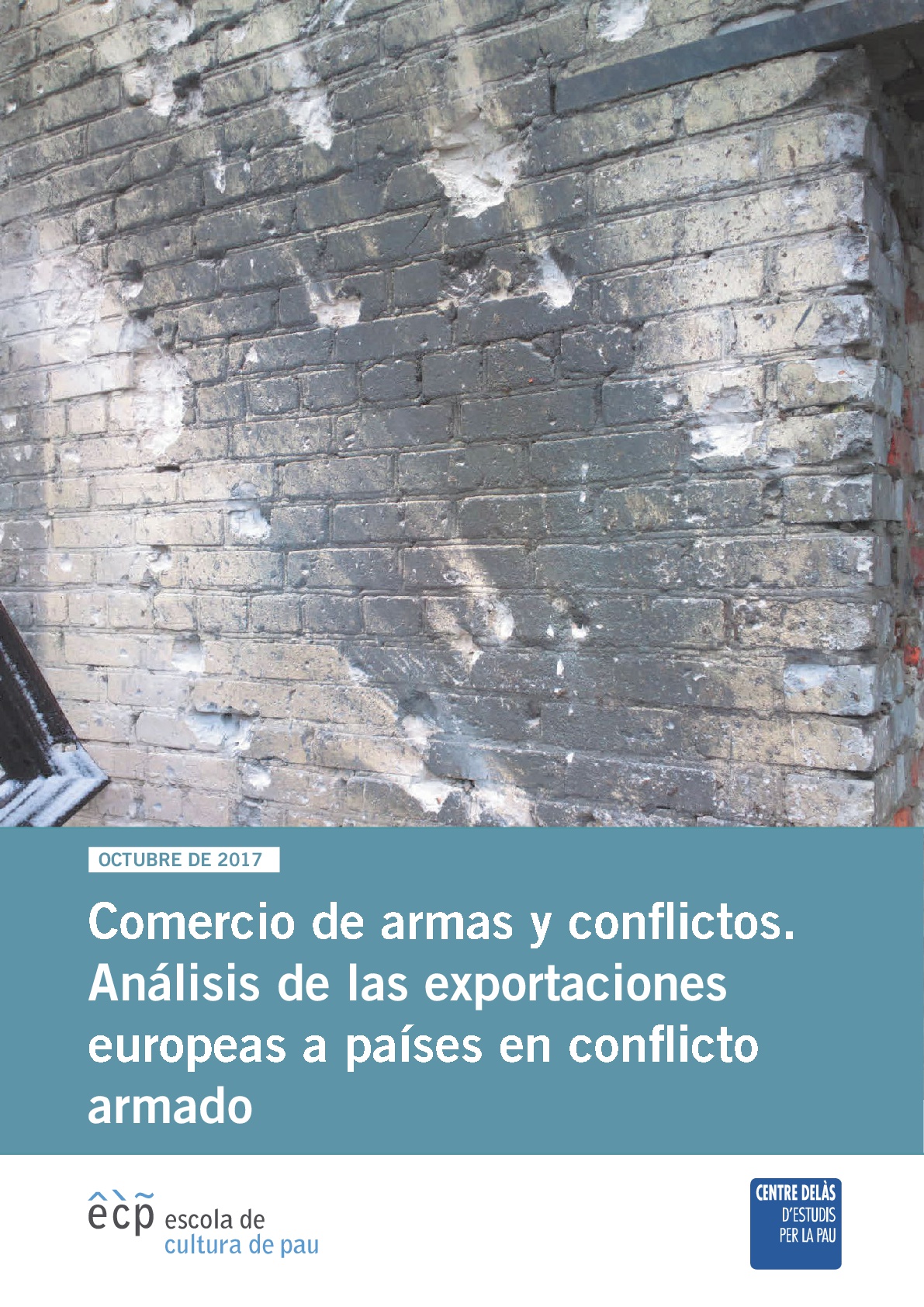 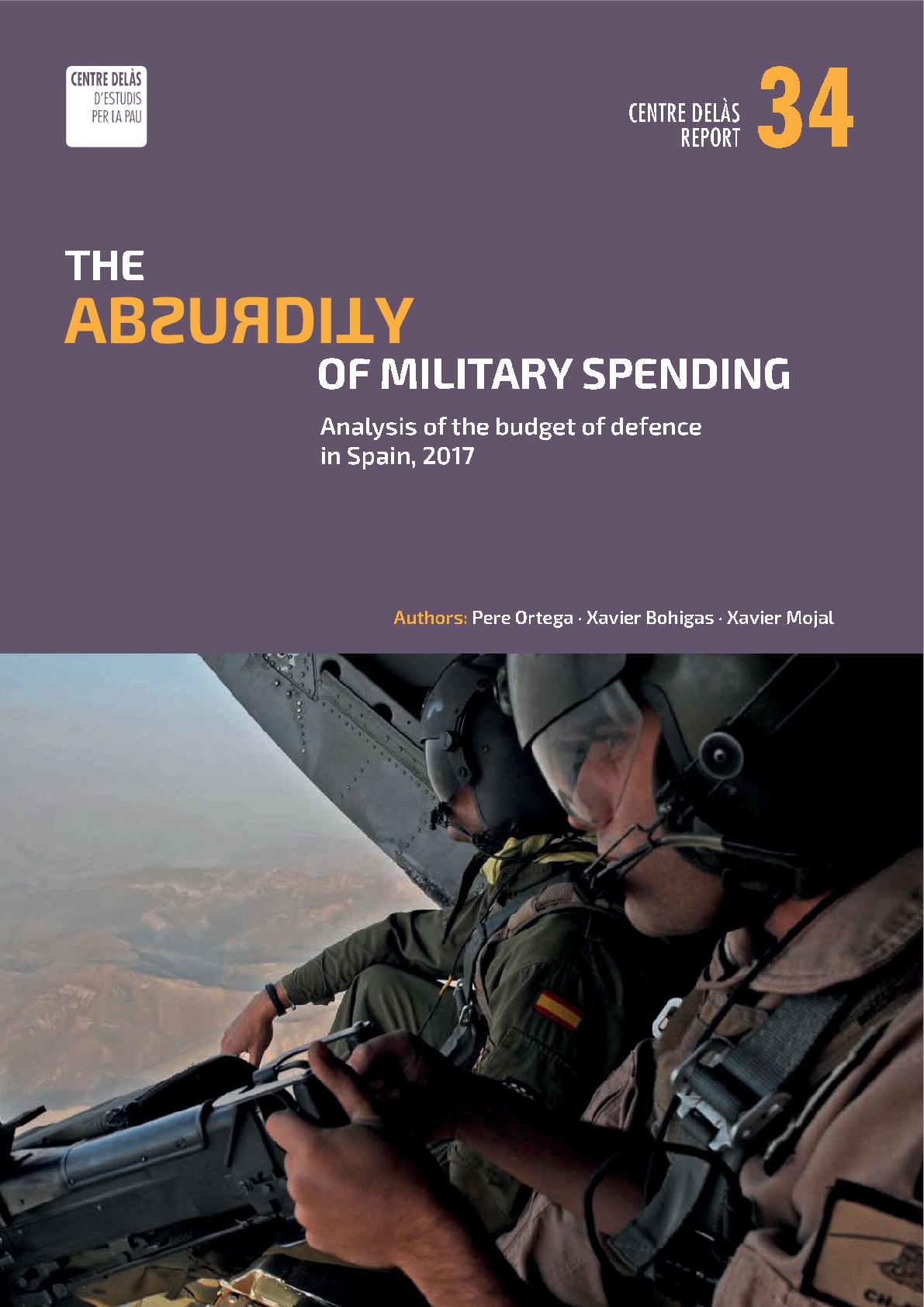 The  absurdity of Military Spending. Analysis of the budget of defence in Spain, 2017

After being in decline for ten continuous years, the budget of the Spanish Ministry of Defense has increased by 32% compared to 2016. This enormous increase, as well as the budgetary fights that have been applied to hide the real military costs from the public opinion, are analyzed in this new report of Delàs Centre of Studies for Peace.

Further, this report sets out the criteria for the counting of military items established by Centre Delàs, which reveal that the current Spanish military expenditure amounts to 18,776 million euros, 51.4 million dollars a day and 1.64% of the GDP. This is well above the 1% as indicated by Minister of Defence María Dolores de Cospedal. 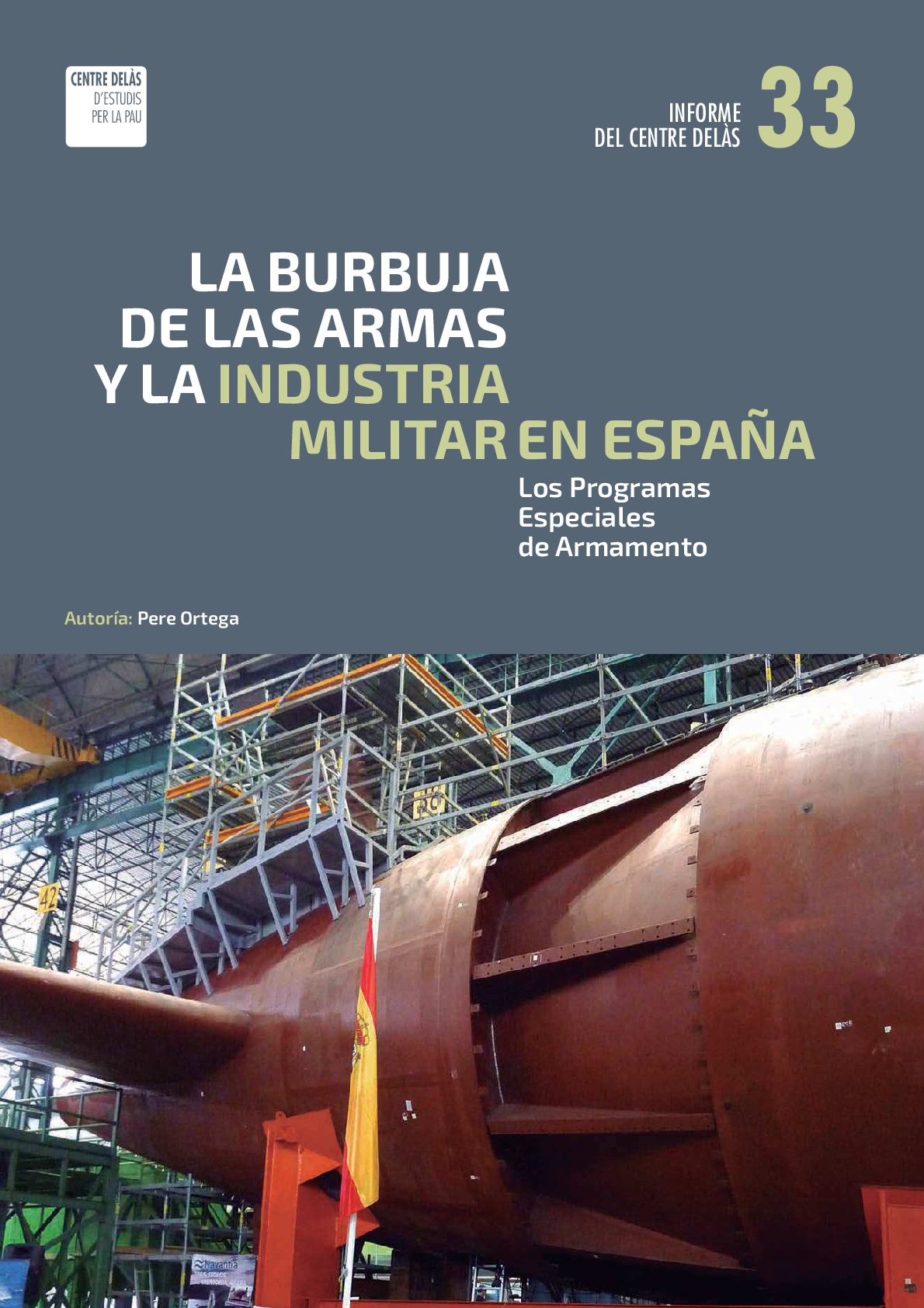 The weapons bubble and the military industry in Spain. Special Armament Programs

The military industry in Spain is largely fuelled by the demands of the Ministry of Defense, and in particular by the so-called Special Armament Programs – Programas Especiales de Armamentos (PEA). PEA were approved the first time in 1998 and since then, due to the commitments made, generated a major State debt to military industries responsible for manufacturing them, reaching to the date an estimated €15.000 million.

Both the excessive accumulated debt and the public deficit associated with the PEA require a revision of these programs. An analysis that the Centre d’Estudis per la Pau addresses in its last report, together with a detailed picture of the main enterprises that conform the military production oligopoly in Spain. 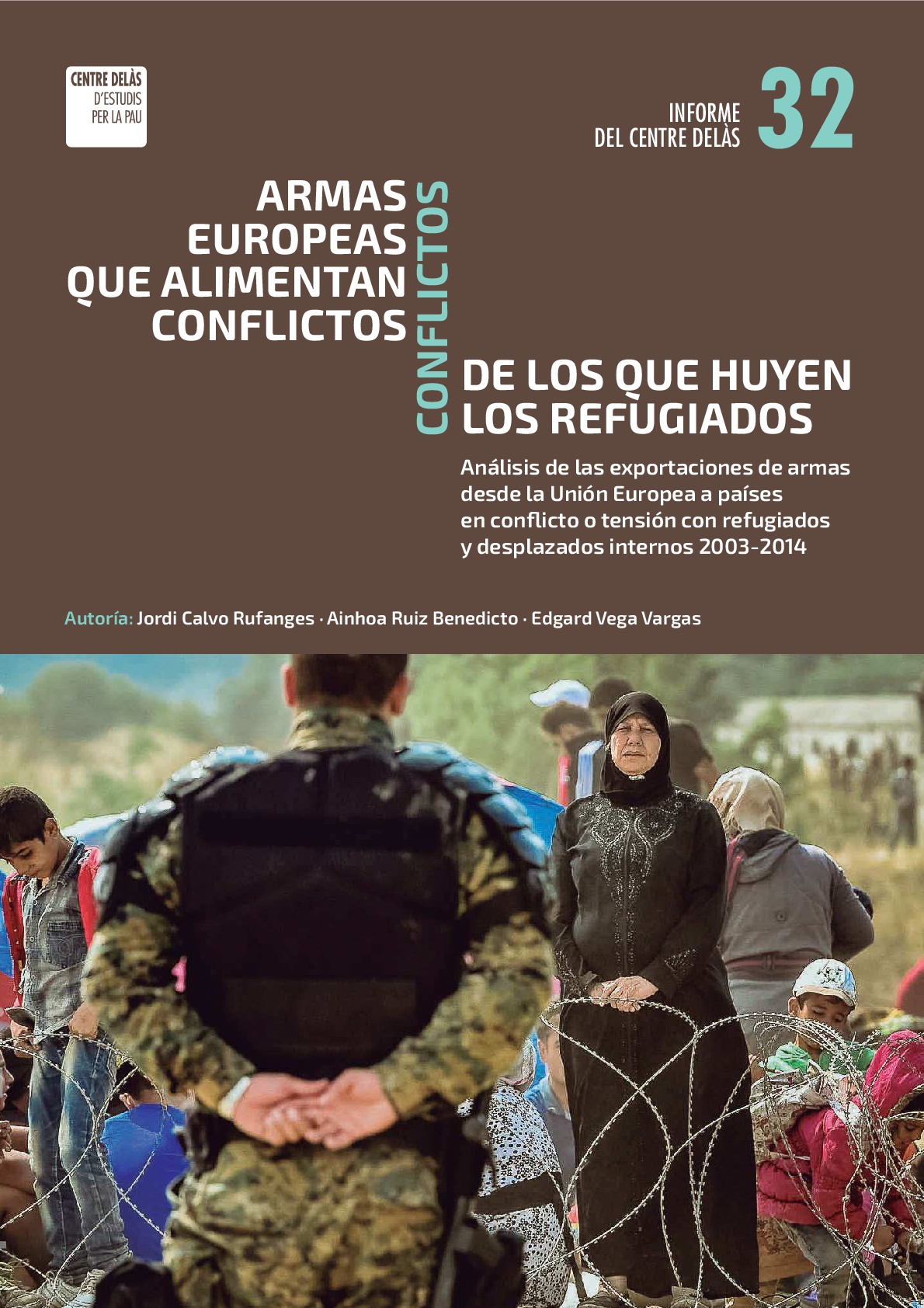 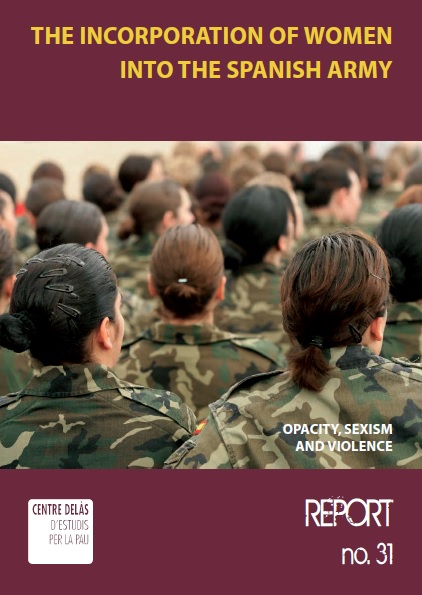 The incorporation of women into the Spanish Army. Opacity, sexism and violence

The incorporation of women into the Spanish Army it is formally established as a process of modernization into the Army. In spite of the fact that the official sources refer to this process as a fact of “equality” the reality is very different. Open the door of the army to the women, allow them to obtain the same rights of men or will turn them into other pieces of the militaristic gear?
Question like the sexual violence inside the army, the difficulty in the familiar conciliation or the perpetuity of the patriarchal roles make think about the army as an institution that generates violence inside and out of its rows. 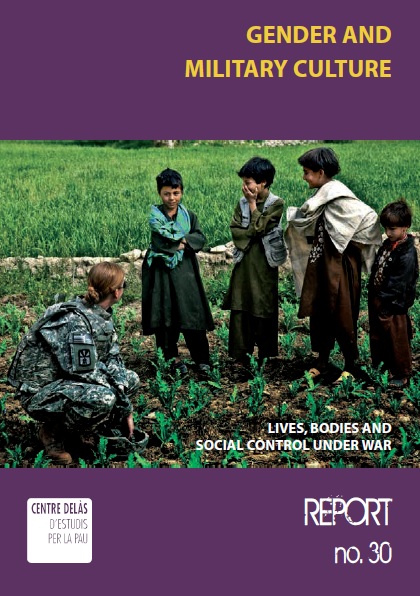 In the new report by the Delás Centre it is analysed the relation of mutual dependence among the militarism and the patriarchy one. That is when the militarism penetrates in the society mobilize all the material available resources to the service of the war, included the human resources. The war speech, the devaluation of the value of the life, the construction of “the other one” as enemy or the promotion of certain masculinities can generate increase of the violence and feedback the existing one as mechanism of control on women, children and non-hegemonic sexual and gender identities.

You can download the report here in English, Catalan andSpanish 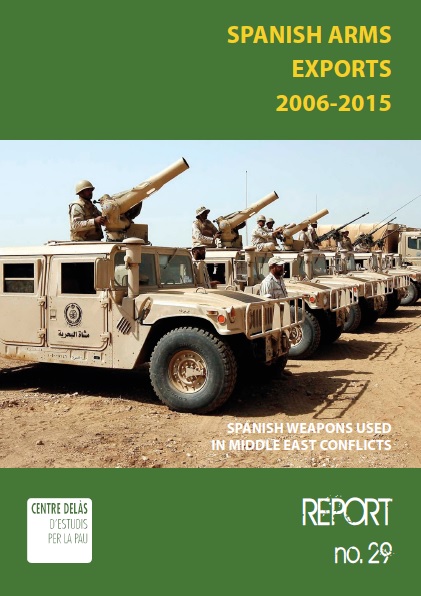 The Delàs Centre publishes a new report on Spanish arms exportations in which it is analyzed the role of Spain in the Middle East conflicts as well as the possible breach of the Spanish and European legislation on the trade of weapon.

In the report three worrying cases are outlined: the special relation with Saudi Arabia, the fact that explosives of the group Maxam were finishing in ISIS's hands, and the armament presence of Spanish manufacture in the war of Yemen.