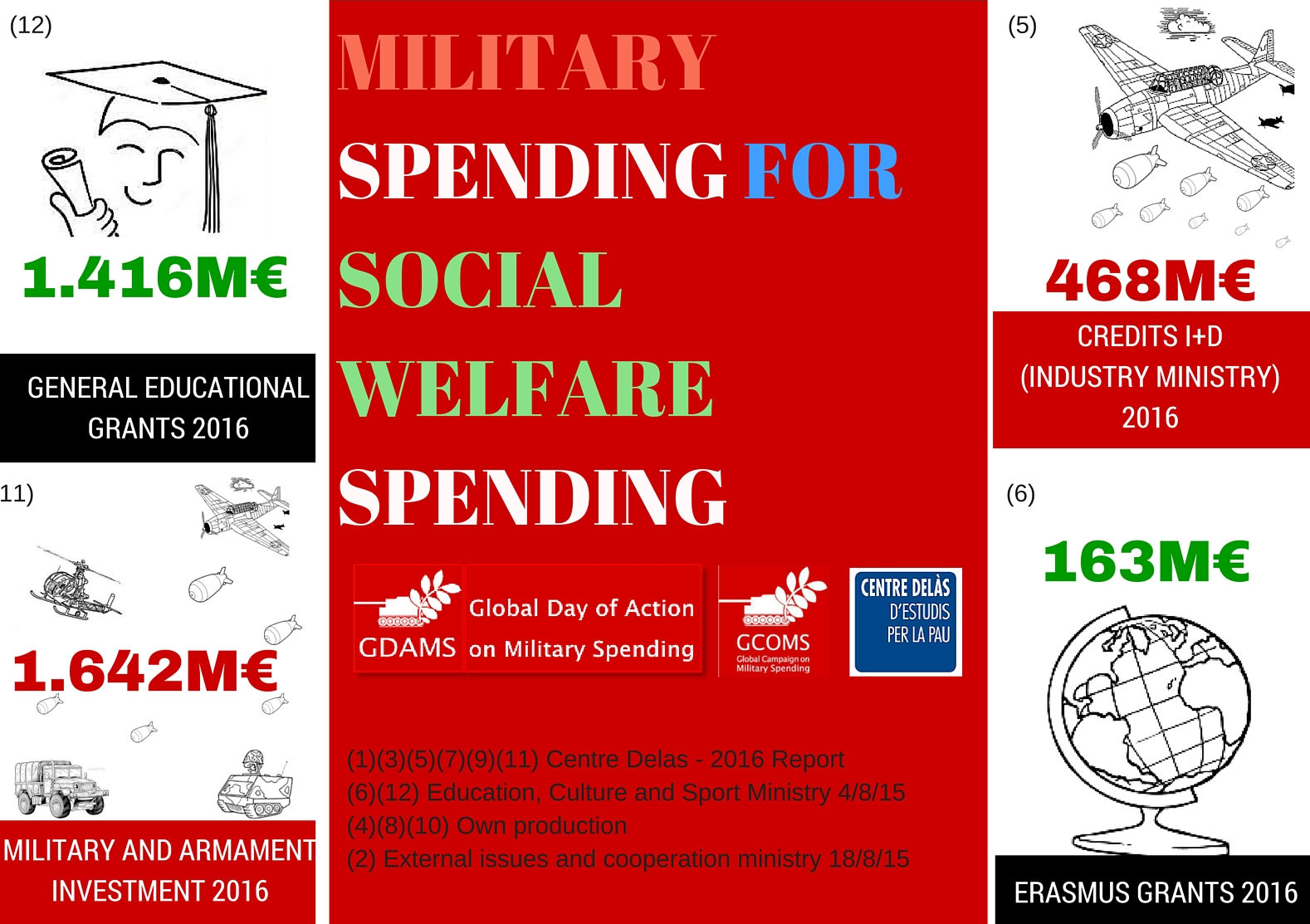 Global   military   expenditure   in   2015   was   an   estimated   $1676   billion,   representing an increase of about 1.0 per cent in real terms from 2014, according to the new SIPRI report. Given the context of dismantling the welfare state and continued social policy budget cuts, is investing military sector the right priority for the use of public money? Within the framework of the Global Campaign on Military Spending (GCOMS), from the Delàs Center, we say no: we have to reduce military spending!

For this reason, together with other peace organizations and in collaboration with the International Peace Bureau (IPB), we support this global movement calling for the reduction of military spending and investment in social spending. Since 2011, coinciding with the publication of the annual report of the Stockholm International Peace Research Institute (SIPRI) on global military spending data, IPB have been organizing a global day of action to draw public, media and political attention to the costs of military spending, need for new priorities and global transformation towards a culture of peace:

WHAT CAN YOU DO?

We encourage all individuals and groups to join the campaign to maximize the reach of the Global Day of Action as an opportunity to connect up with organizations and individuals who share our perspective on peace.

There are many ways to participate in the Global Day of Action on Military Spending: flashmobs, street demonstrations, banner displays, social media campaigns (Facebook, Twitter, Instagram) and video productions on YouTube. The main aim is to reach the public and media attention by creating powerful messages. To know how to get involved, please visit the website of the international campaign http://demilitarize.org/get-involved/

Since this is a partnership process, we provide materials for the organization of actions:

MATERIAL FOR THE 2016 CAMPAIGN 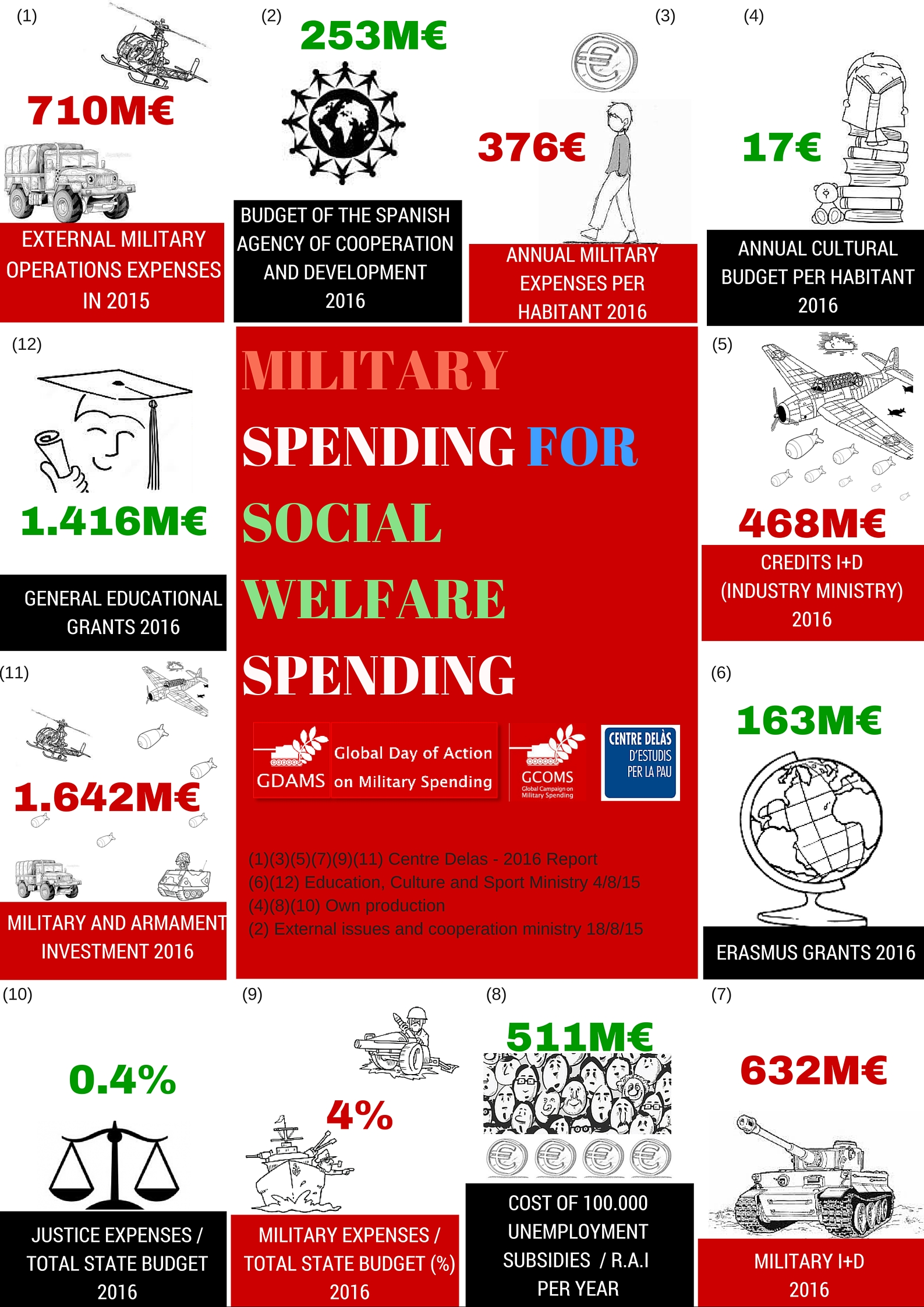 Twitter: Military spending for social welfare spending 2016
To attract the attention of the public, politicians and media, you can use these designs on Twitter with the hashtag #welfarenotwarfare 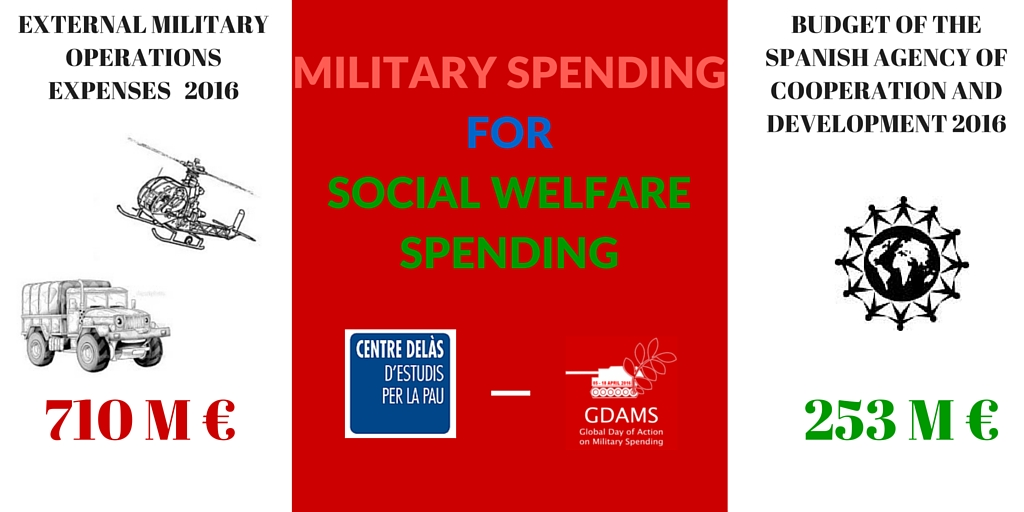 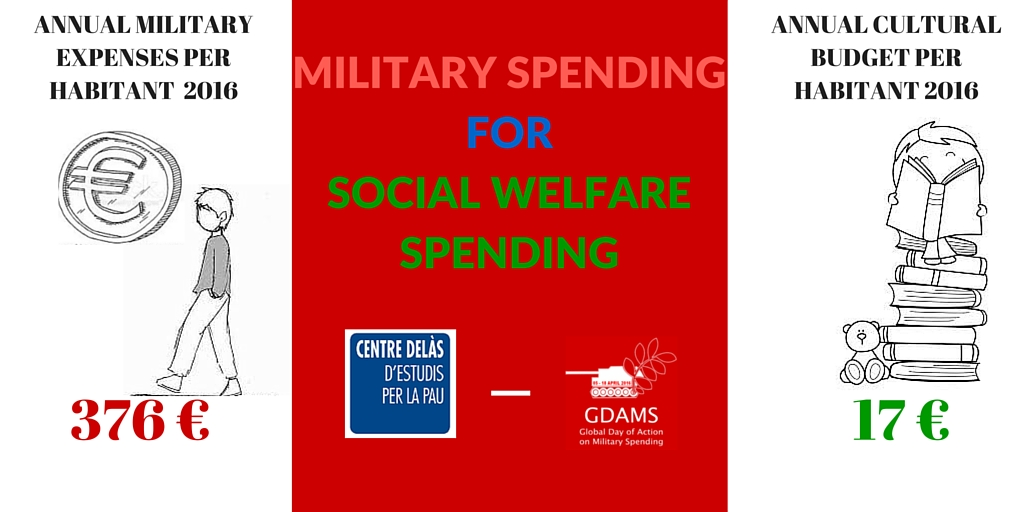 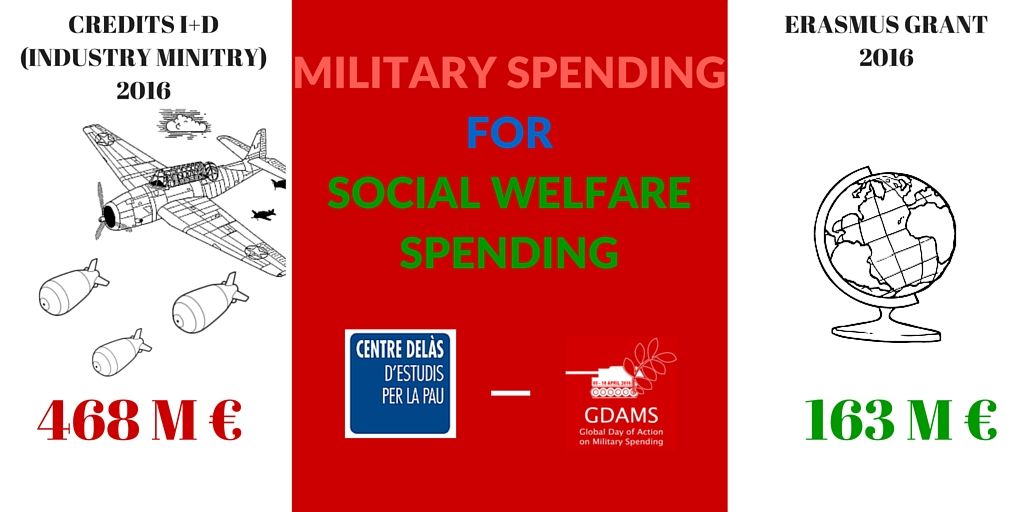 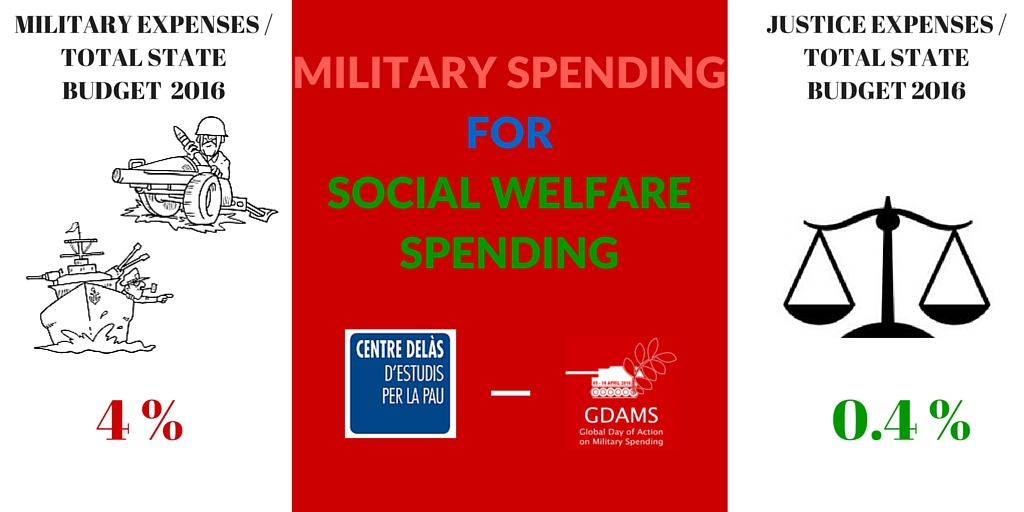 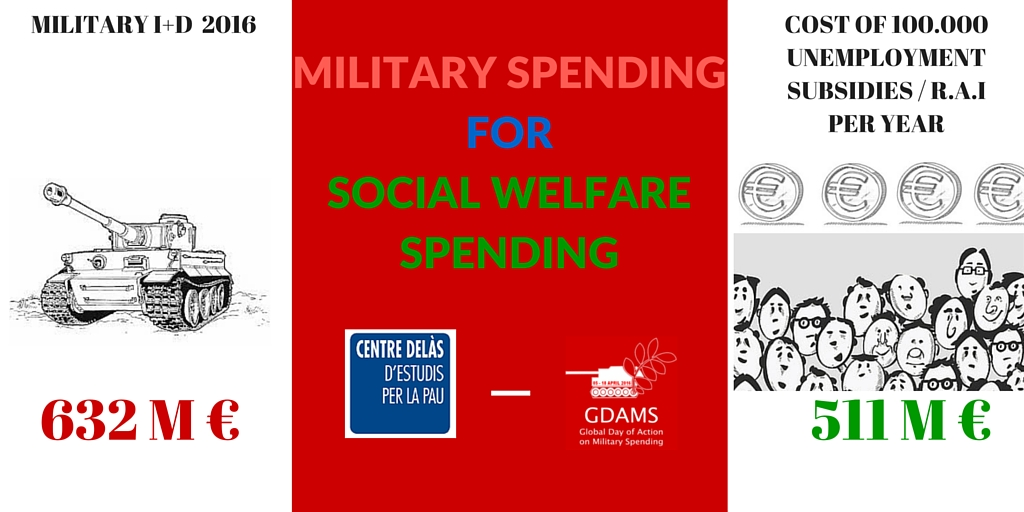 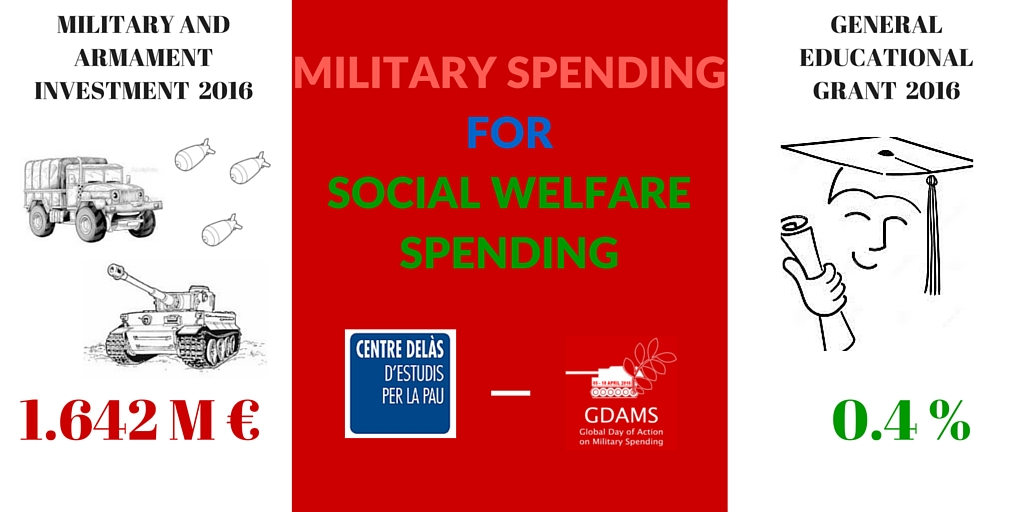 To find more information about the Global Campaign on Military Spending (GCOMS), you may visit the following web-sites: 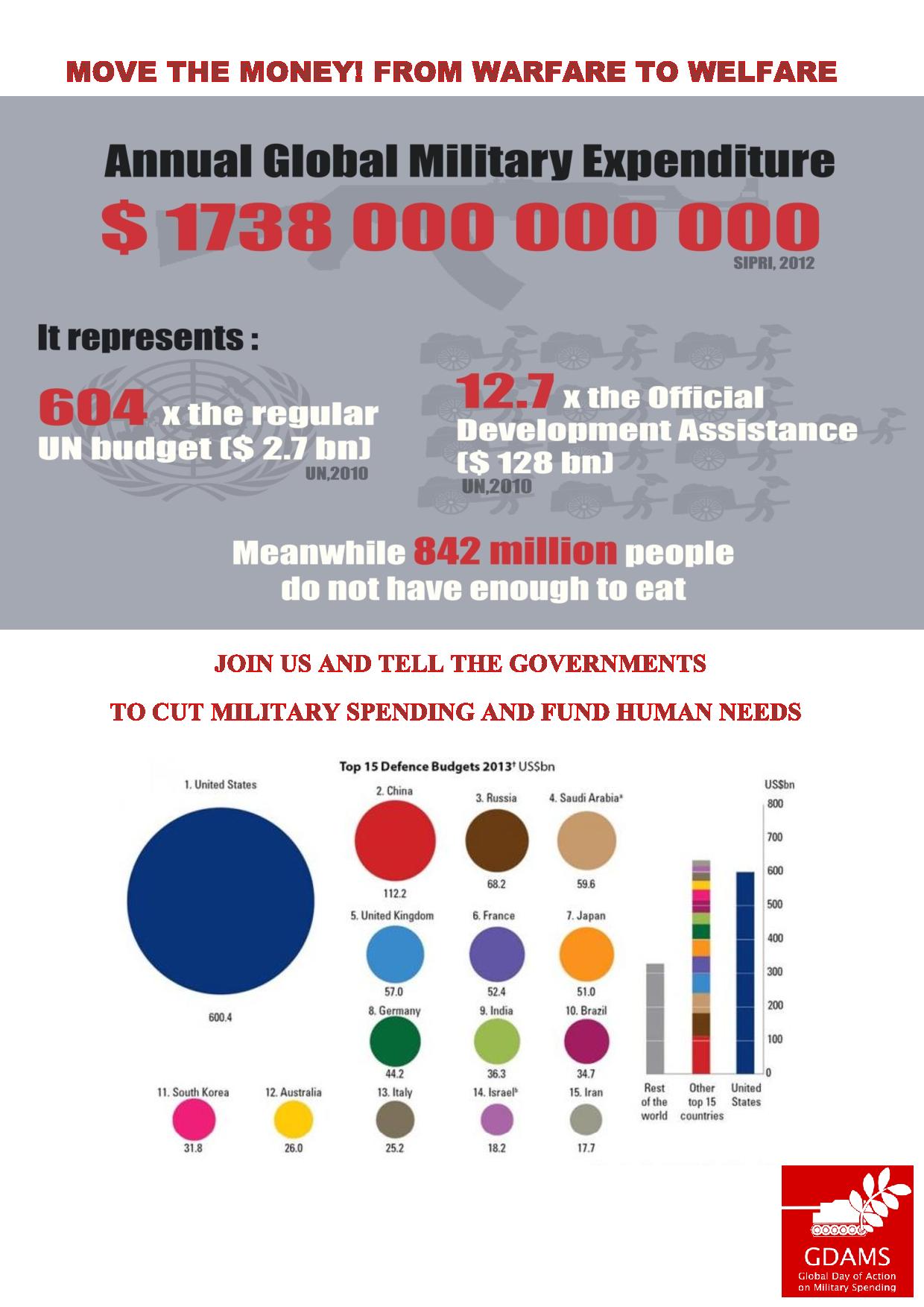