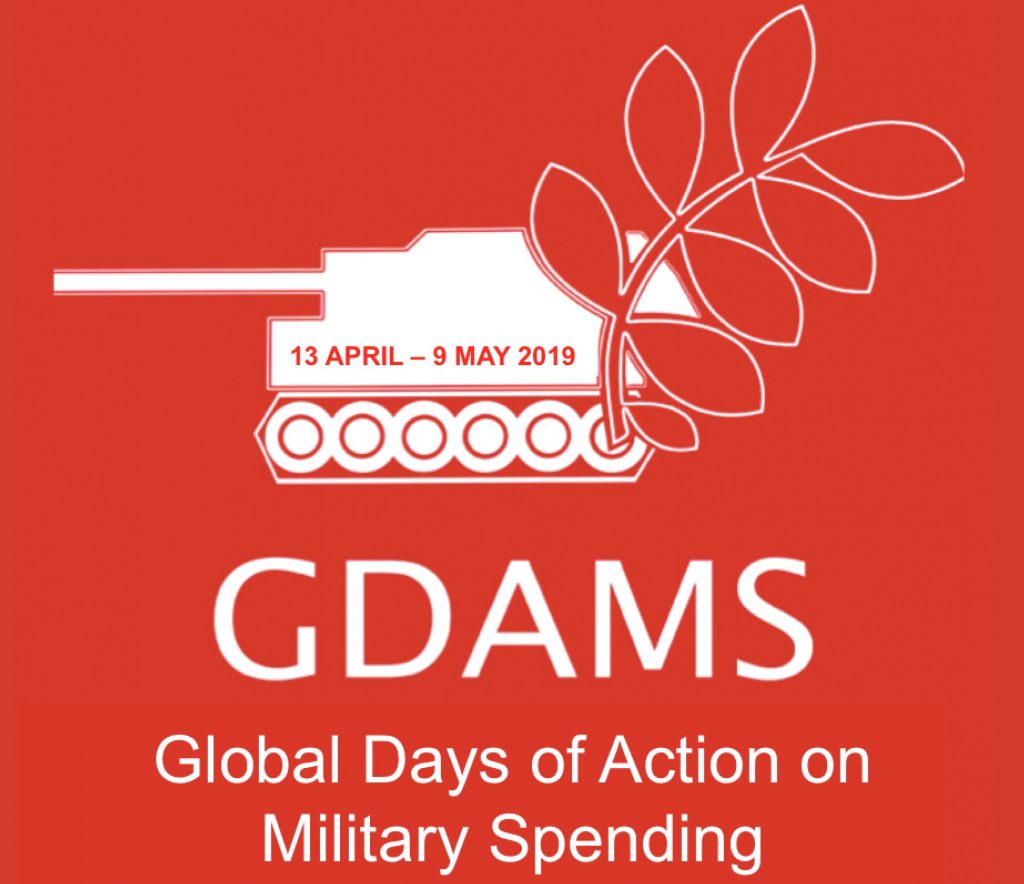 The current context of international relations shows an increase in militarism with an accompanying and significant rise in world military spending. According to data released bySIPRI (Stockholm International Peace Research Institute)in May 2018, annual military spending has continued to increase by 1.1% in real terms. This expenditure has also increased in regions with a high level of conflict, such as the Middle East.According to SIPRI, 7 out of the 10 countries in the world with the highest military burden are in the Middle East. The rise in militarism both fuels and is fuelled by the arms trade, which continues the upward trend that began in the early 2000s as shown by the volume of international arms transfers during 2013-2017, which was 10% higher than during 2008-2012.

Global military spending already accounts for 2.3% of global GDP. Governments are allocating resources to the military that should be used to ensure that people can effectively enjoy their economic and social rights as enshrined in the International Covenant on Economic, Social and Cultural Rights and the Charter of the United Nations, as well as human rights in general. Many peace and development organizations estimate that a 10% reduction per year and per country of the resources invested in the arms and defence sectors could enable the achievement of the main elements established by the United Nations in its 2030 Sustainable Development Goals.

Militarism has serious impacts on people’s lives, generating major risks to their safety and well-being. According to the latest UNHCR report, there are 65,6 million displaced persons, of which 40,3 million are displaced in their own country, 22,5 million are refugees in other states and 2,8 million are asylum seekers. These are persons displaced as a result of conflicts in countries like Syria, Yemen, Afghanistan, Iraq, Palestine, as well as several African and Latin American countries.

Nowadays, climate change is the most pressing global threat. Even the World Economic Forum agrees with this, yet politicians continue to listen to the 1 percenters rather than the vast majority. Climate change is a direct consequence of global power and mass consumption. It is the main threat to people in the Global South, as well as to the planet itself and its diversity.

We aim to convince governments to invest money in the sectors of health, education, employment and climate change rather than the military. We urgently need to build human security structures worldwide and at the same time put a stop to war and destruction.

We need to involve an increasing number of citizens and organizations in an open and robust debate on the counter-productive results of military expenditure. More strongly than ever, we urge you to reach out to new partners to work on the on-going Global Campaign on Military Spending, and to make the Global Days of Action on Military Spending a great success! Move the funds from the military to peace!