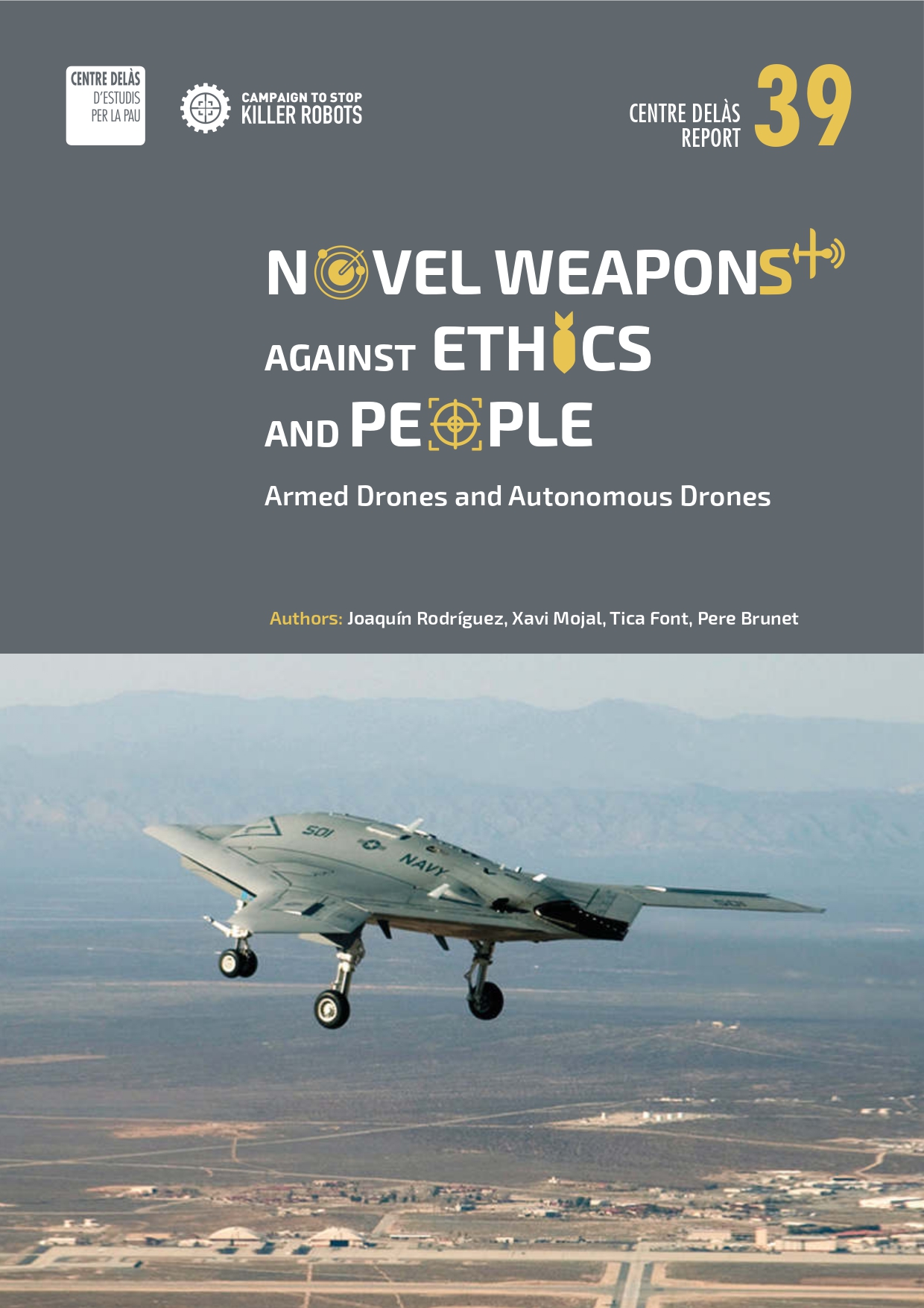 Military and “security” actions with military robotic and armed systems haveradically changed the war scenarios, which have evolved from concentratingon military and strategic targets to performing attacks that can seriously affectuninvolved civilian population. Attacks with armed drones often do notappear in newspapers, but they show a steady growth rate in recent years. They are attacks that end up killing civilians, as well as perpetrating summaryand extrajudicial executions of supposedly terrorist people. Lately, inaddition, the military drones are evolving to incorporate autonomous systemsof decision.

This report presents the main concepts related to the new robotic military systems as well as the different types of military drones and the risk that the automation step towards autonomy and the deployment of autonomous and lethal armed systems can mean. The publication seeks to identify the major actors (producing and buying countries, and companies) in the field of armed and autonomous drones, as well as the main types of drones that may include autonomous capacities. The international efforts that aim at the prohibition of these weapons are also presented, as well as the ethical problems that arise in relation to these new weapons, to armed drones and their possible autonomy, in a geopolitical framework in which the business has neglected people and their rights.