Thus, security doctrines developed by governments are directly influenced by research defense, security, conflict, and peace centers that often have close relations to military-industrial complexes. Numerous think tanks are related to the arms industry, as we can see in the European case, popularly known as think tanks, establish a certain level of armaments and militarization development of a given society.

“On 7 June 2017, the European Commission officially launched the European Defence Fund. This Fund will be made of different public funding tools in order to finance Research and Development (R&D) projects in technologies and goods for military purposes. The main recipients will be companies and applied research groups active in this domain. The main priorities will relate to “cutting-edge” technologies like autonomous systems (including drones), intelligence-surveillance, cybersecurity and maritime security.”

The objective of the European Defence Fund is supposed to be strengthening the military capabilities of the EU member states and the EU strategic autonomy, and on the other hand to contribute to growth and jobs in Europe by supporting the competitiveness and innovation of this industrial sector.

There is no big controversy, neither in EU Parliament or political parties nor in society. Besides the lack of knowledge and capacity to follow up military issues coming from EU, the acceptance of such a new approach of military in EU that will foster its capacities and increases notably its Defence budget is not casual.

Threats to security and military responses

Military industrial complex lobbies, including NATO as one of the most relevant and influential in its member states and in some kind in the rest of world deciding the path for peace, Defence and all aspects of security from a military point of view, have written the main threats in their strategies for Defence and security. Paying attention to the ones from EU, NATO, USA and Spain, we can identify that all of them have in common as main threat and risks to security:

All threats and risks included in Defence and military analysis offer serious doubts about the capacity of traditional military response to be the best way to face them. Terrorism used to have police and political responses, proliferation of weapons of massive destruction are managed through international treaties and diplomacy, cybersecurity doesn’t need strictly military structures to be managed, energy security and climate change has environmental policies response of reduction of energy consumption or use of renewables and sustainable sources, organized crime is in hands of police, or militaries with police functions, irregular migration and the management of the external borders, that is a key aspect in EU security and Defence strategy, is obviously a humanitarian and social related issue; finally economic crisis, that incorporates financial crisis in NATO Defence strategy, and economic slowdown in the case of USA, need social and economical policies as we saw in the last economic crisis.

We live in an era where there are many threats and risks to security but many of them do not  need military structures as a response but political, diplomatic, social, environmental or humanitarian, among others. This fact is acknowledged by both military and arms industry. Military sector and arms –military business in particular are, thus, threatened by their lacks of capacity to be chosen by countries as the main way to deal with security and peace.

Nevertheless, reality shows how military budgets, arms trade and military industry business are growing year after year.  It is result of the influence and lobby of all think tanks and organizations related to them to incorporate military discourses in all security and peace analysis, pushing peace culture and human security approaches into the background, when they should be the main answer to all identified threats in the world nowadays.

Peace culture and human security need lots of resources that are now used for militarization. More militarization has been the answer to security challenges up to know. The result and consequences are dramatic, more than thirty armed conflicts are active every year, extreme violence and terrorism is more likely than ever in any place of the world.

A more violent and insecure world is the result of militaries managing peace and security. Their capacity starts with Defence budgets and all military expenditure that fosters a sector conformed by more than 20 million personnel of militaries all around the world, thousands of arms industries that get from public money 1,7 billion dollars every year. It’s time to reverse the cycle. War starts when governments decide military expenditure. Let’s stop financing miltarization and war and transfer them to peace culture and human security activities. 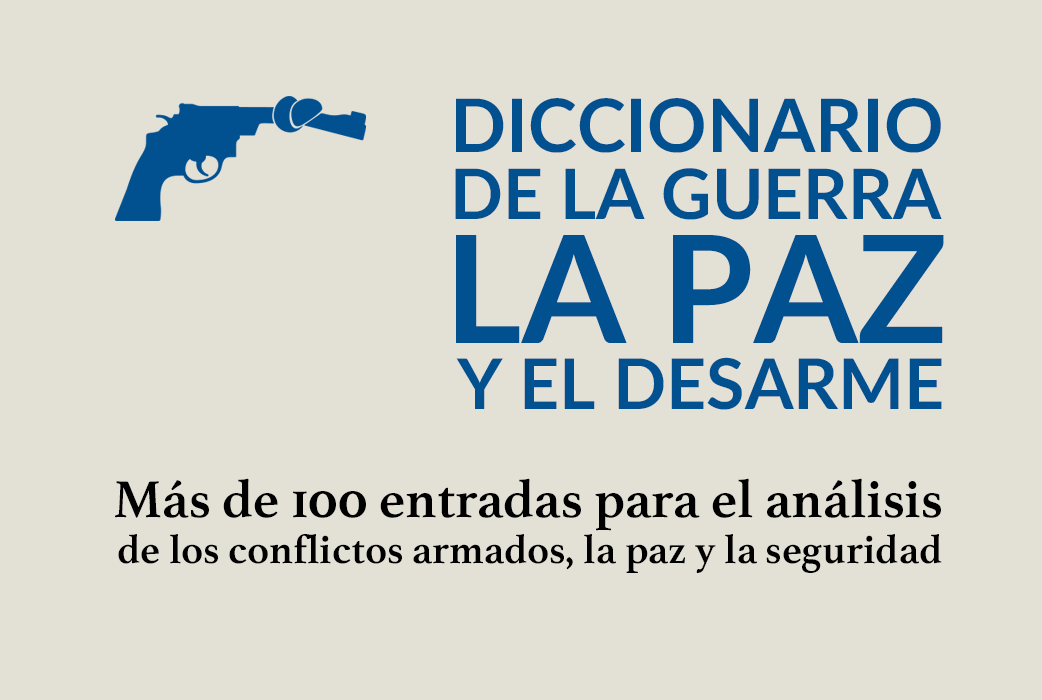