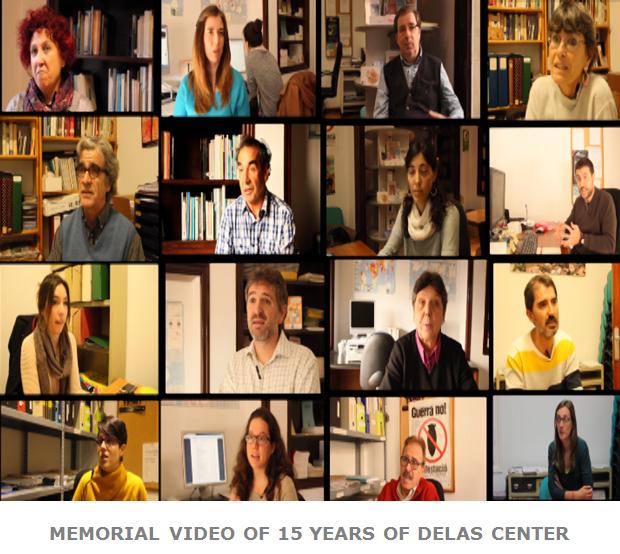 The Centre d’Estudis per la Pau J.M. Delàs (Study Centre for Peace J.M. Delàs) was created in 1999 in Justícia i Pau (Justice and Peace, as a result of the Campanya Contra el Comerç d’Armes –C3A (Campaign against Arms Trade - C3A) which had started in 1988. Currently, it is an independent Center of Research on issues related to disarmament and peace.

The mission of the Centre is to strengthen the culture of peace and the construction of a disarmed society, making people aware of the negative effects of arms and militarism. The Centre combines the work of research and publication with divulgation and social mobilization against militarism’s consequences, such as military expenditure, military R&D and the manufacture and trade of arms. Besides, it works to denounce governments’ lack of compliance with the international agreements regulating these issues.

The Study Centre for Peace was given the name of J.M Delàs in memory of Josep Manuel Delàs, who was the chairman of Justice and Peace - Girona and previously was an army reserve commander and a member of the UMD (Democratic Military Union) and he devoted the last part of his life to the defense of peace and values of non-violence .

The Study Centre for Peace J.M. Delàs is collaborator of the Stockholm International Peace Research Institute (SIPRI) and is a member of the European Network Against Arms Trade, the ENAAT (European Network Against Arms Trade), the Spanish Association of Research for Peace (AIPAZ) and the International University for Peace of Sant Cugat. Besides, through Justice and Peace, it is part of the Catalan NGOs Federation for Peace and of the International Peace Bureau (IPB).
In addition, Centre Delàs received in 2017 the Price 33º Memorial para la Paz Josep i Liesel Vidal, for its work in favr of Peace; as well as the Mención Colibrí in the year 2018, for its promotion of the culture of Peace, and the construction of a disarmed society.
The Delàs Center is organized through its Working Group which analyzes current issues, propose studies and research and lines of action, advocacy and campaigning. In the working group can participate permanent members as well as new collaborators, trainees and technical equipment.

The Delàs Center has a group of 30 to 40 reasearchers who voluntarely carry out research, analysis and advocacy tasks and form the Delàs Center work group. This group is composed of a group of researchers with more experience and new additions, with the objective of carrying out a task of follow-up on the issues of disarmament, militarism, peace, conflicts, security and arms members.

A brief CV of each permanent member can be found in the section of Collaborators, where the researchers and activists of the Centro Delàs appear with a consolidated trajectory in one of the fields of study of the entity.

Delàs Center has a Board of Directors which is the governing body of the organization. The current charges are:

Delàs Center has a technical team responsible for the coordination tasks of members, volunteers and trainees, as well as management, communication and administration of the organization.

Currently the technical team consists of:

How we are Funded

The members of the entity collaborate with a monthly, quarterly or annual fee and have the right to participate in the assemblies of the entity and to be part of the Board of Directors. In addition the Delàs Center receives occasional donations linked to any of the campaigns such as Armada Banca or Fiscal Objection to Military Spending, among others.

The Delàs Center is headquartered in Barcelona, but also has offices in the towns of habitual residence of the permanent members, collaborators and sympathizers, where different activities are organized (Madrid, Granada, Valencia, Castellón, Molins De Rei, Hospitalet de Llobregat, Sant Feliu de Llobregat...).

The officially established offices and delegations of the Delàs Center are:

The Centro Delàs is also:

- A decentralized Office of the International Peace Bureau (IPB) and manages its main line of work Disarmament for Development, with the campaign GLobal on Military Spending. The headquarters of the IPB is in Berlin and has another sub-office in Geneva.

- Active member of ENAAT (European Network Against Arms Trade) which has a shared political advocacy office in Brussels.