In recent years the European arms industry lobby has been exerting increasing pressure so that millions of euros could go to projects developing pacifist ways to resolve and foresee conflicts, but instead go to research for the production of weapons.

While "defense" is being used as a pretext, the aim is to keep the European arms trade competitive and to support Member States' ability to export to the outside world, including countries such as Saudi Arabia, which contribute to instability and Are directly involved in armed conflicts with a high number of victims.

The European Commission has already advised the inclusion of armaments research under the new budget. Now, final approval is in the hands of MEPs and member states, and will be debated between September and November this year. If approved, not only will affect the budget of 2017, but will start an investment of 3.5 billion euros in a European defense research project that will be implemented between 2021 and 2027.

That is why, through the European Network Against Arms Trade (ENAAT) of which the Delàs Center for Peace Studies is a member, we have launched this campaign with the aim of preventing the adoption of this New budget and make it clear to the deputies who represent us that the will of the European population is to promote peace and not to participate in armed conflicts.

What can you do?

We invite you to sign the petition through the WeMove.EU portal in order to challenge the EU arms industry lobby. In addition, we encourage you to spread the campaign to reach as many people as possible using hashtag # noEmmoney4arms and thus acquire the necessary echo to avoid the approval of the new budget of the European Union of 2017 that aims in the long term to allocate 3, EUR 5 million for the establishment of a defense research program between 2021 and 2027.

The campaign is active on Facebook noEUmoney4arms and Twitter @enaatinfo, and you can find more information on the ENAAT website.
About ENAAT: The European Network Against Arms Trade was created in 1984 and includes groups and individuals who view the arms trade as a threat to peace, security and development. The ENAAT is composed of 14 national campaigns and research groups from 13 European countries and 3 European or international organizations. 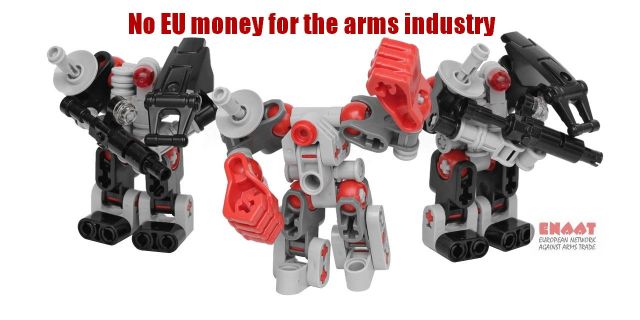 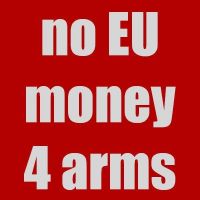