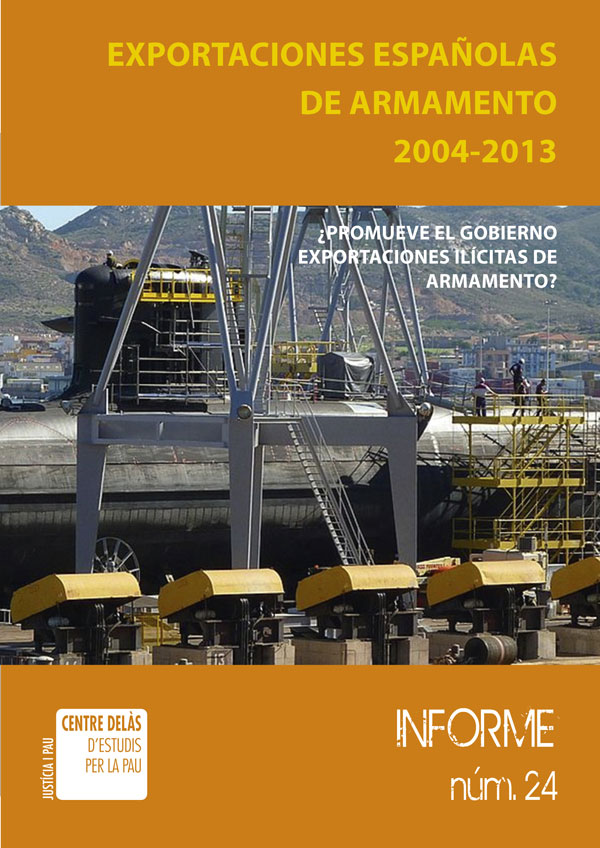 The Centre Delàs publishes a new report on the Spanish arms exports, which analyzes the exports in 2013, through a historical perspective of the last decade. The report ask and tries to answer whether the government promotes illicit weapon exports.
According to the official statistics, in 2013, Spain exported, approximately 3,907 million euros in weapons. This figure is twice the exports in 2012 (1,953 million euros) and ten times greater than in 2004.

You can download the report here in Spanish and Catalan (Soon available in English).