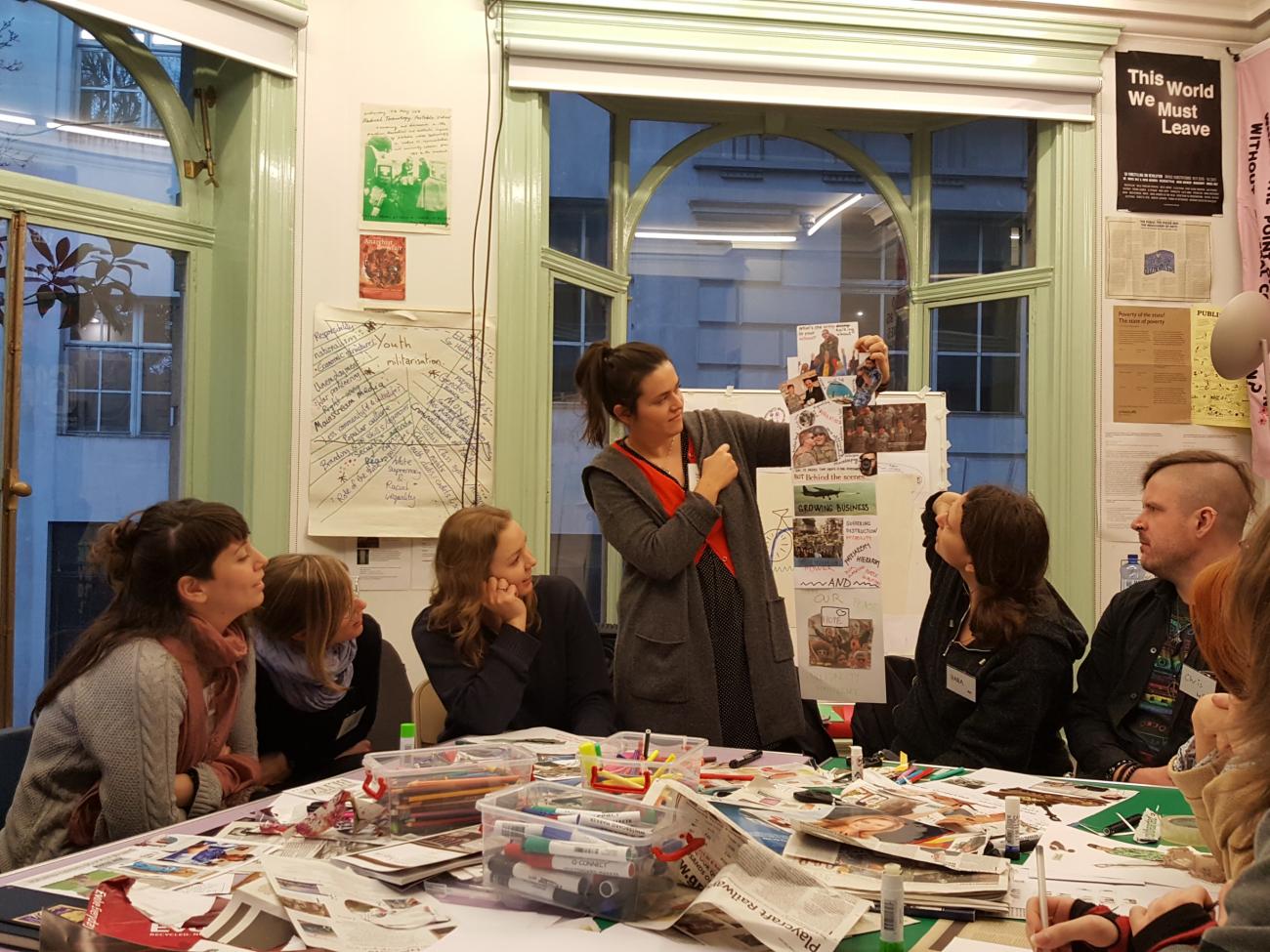 In the event, Hana Svačinková of Nesehnuti explained how the military influences education in Czech schools via the Ministry of Defence programme called POKOS (read more about POKOS here), and Minna Vähäsalo of Committee of 100 and Matias Kaskiluoto of AKL explained the role of conscription in the militarisation of Finnish society, as well as the problems conscientious objectors face in Finland today. Read a report by Peace News on the event here.