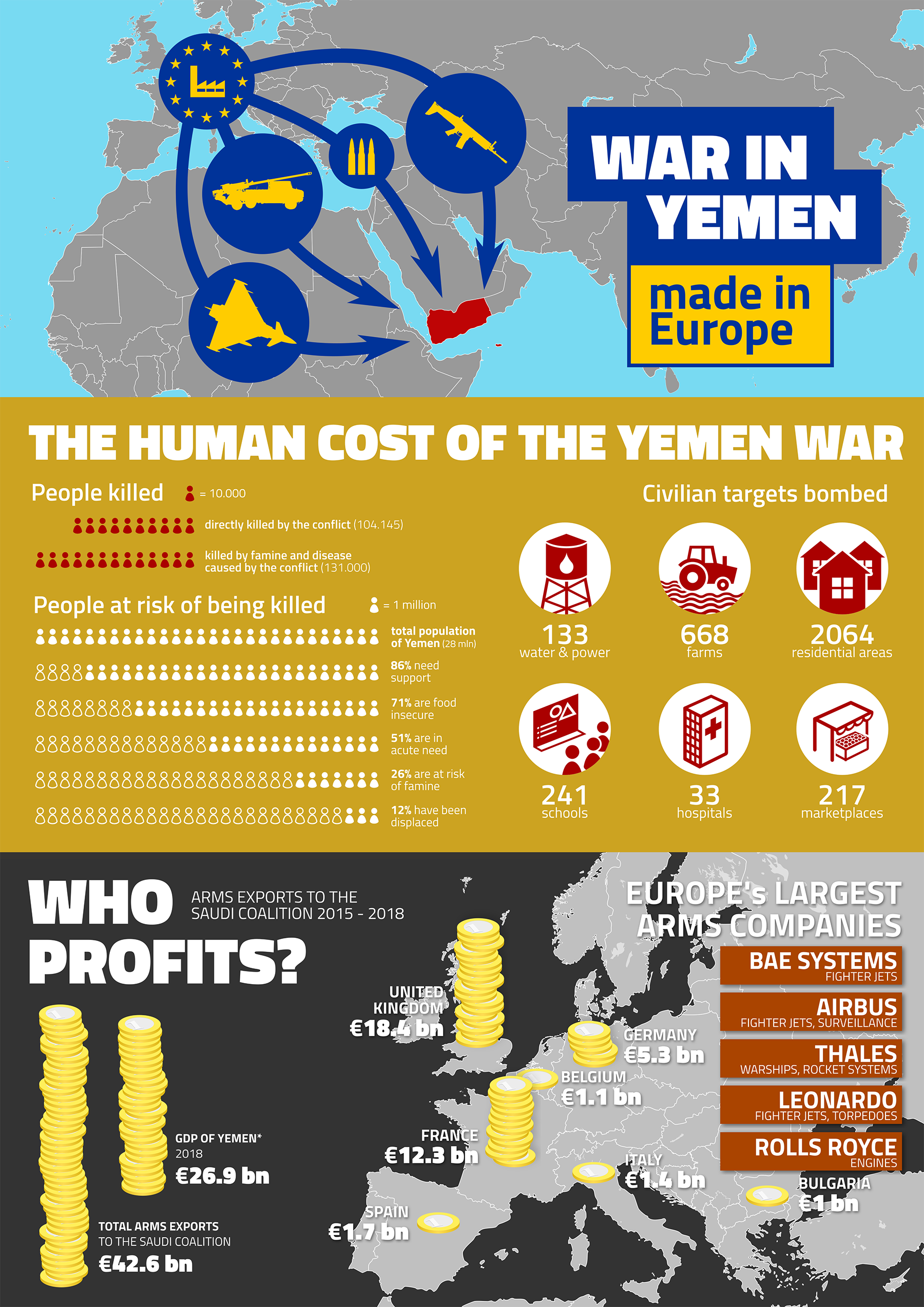 The European Network Against Arms Trade (ENAAT), of which the Center Delàs is an active member, is launching a European campaign to "Stop arming the Saudi led war coalition". The Day of Action will take place on March 25, and will gather actions organized by the partners of the European peace and disarmament network.

The UN calls the war in Yemen the “world’s worst man-made humanitarian disaster”. Since 2015, thousands of civilians have been killed in the armed conflict. Many more have suffered and continue to suffer from famine and disease. All parties involved in the conflict are responsible for human rights violations.

In March 2015, the Saudi-led coalition launched its military intervention in Yemen. Their airstrikes are one of the main causes of civilian casualties. More than 20.000 air raids have taken place since 2015, killing thousands of civilians. At least 30% of the attacks have hit civilian targets such as hospitals, schools, buses and residential areas.

Despite the ongoing war and reports about the Saudi-led coalition breaching international humanitarian law, European arms companies are profiting from the war in Yemen and the suffering it has caused, by supplying arms to members of the Saudi-led coalition. These exports are authorised and supported by European governments despite the fact that they contradict the existing criteria at EU level.

More and more European countries have responded to civil society’s pressure by imposing restrictions on arms deliveries to members of the coalition like Saudi Arabia and the United Arab Emirates. However, these restrictions have numerous weaknesses and loopholes. Other countries continue to supply arms without any limits. By exporting arms to the Saudi-led coalition, European arms companies and governments contribute to the suffering of the Yemeni people.

This war is also “Made in Europe” and we must continue to resist it here.

On the 5th anniversary of the beginning of the Yemen war, we will therefore speak with one voice to the arms companies, national governments and to the EU: Stop Arming the Saudi-led coalition! Join us in our demand for an EU-wide arms embargo against all members of the Saudi led coalition and participate on 25th of March in one of the activities near you.

Overview of activities soon to follow on ENAAT's page.