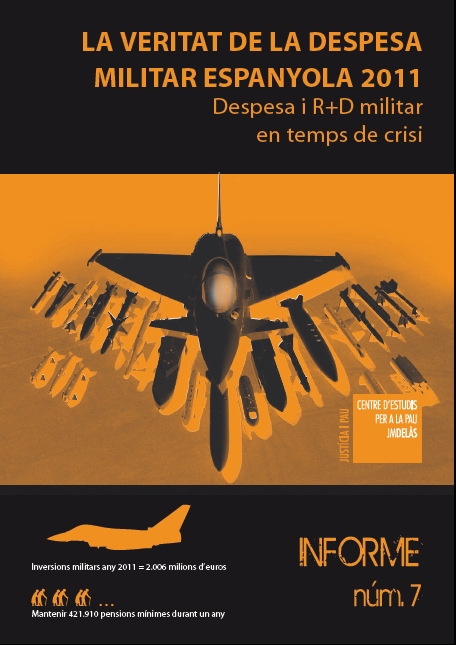 The Centre Delàs presents its report 7, in which confirms the severe economic crisis and international depression because of the deficit reduction. In addition, the Spanish government aims to continue favor military spending and military R&D compared to other such as health and education, that see its budget greatly reduced compared to military budget.