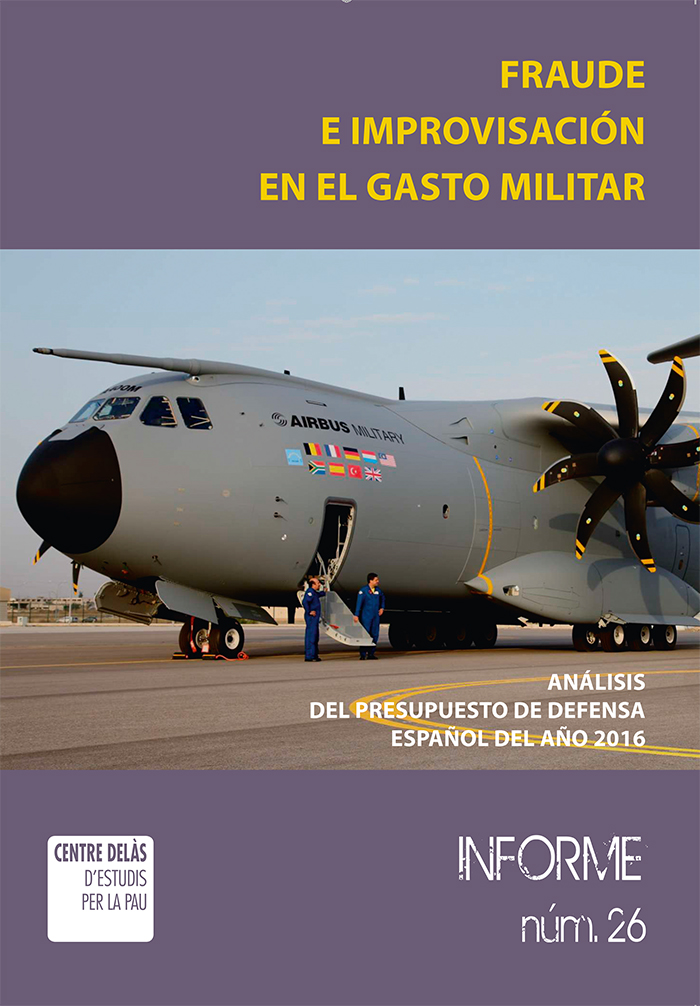 Every year, after the Spanish Government submits the proposal for General State Budget, the Centre Delàs d’Estudis per la Pau analyses the military expenditure in this country in order to acquire an accurate knowledge of the real spending allocated to defence-related activities. The initial budget for Defence in 2016 is conservative in relation to the one in 2015, when it was increased for the fist time since the beginning of the international financial crisis. At the same time, it is clearly an electioneering strategy since it has been submitted by the government as a "social" budget after years of severe cost cuttings.

This report reveals how the Defence budget is "tailored" in order to make it appear inferior to the public than it will be in the end.

You can download the report here in Spanish, Catalan and in English.