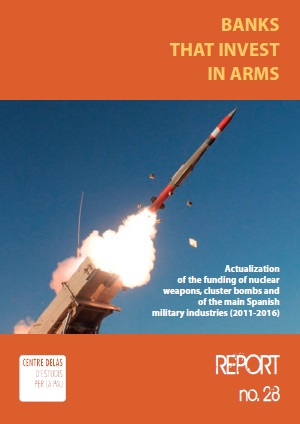 Banks investments in weapons, is an update of the financing of nuclear weapons, cluster munitions and major arms companies in the Spanish military industry from 2011 up to 2016.

This new report reveals the funding of 34 arms companies, including the most important in the world, and identifies the financial institutions that conform the 'Armed banking', which compiles 80,000 million euros funding of the arms industry between 2011 and 2016

You can download the report here in English,  Spanish and Catalan