The Banca Armada Campaign and Center Delàs de Estudios por la Paz, in collaboration with Don't Bank on the Bomb and funding from the Ajuntament of Barcelona and Grassroots Foundation, has published a new tool in which the updated data is presented relative to the financing of the armament industry between 2011 and 2017, searchable by financial entities identified as Banca Armada from around the world. That is, the largest banks, insurance companies, file management companies, sovereign wealth funds, pension funds and public institutions globally.

This recently published worldwide database is an original compilation of data on investments and financing for more than 500 financial entities (banks, insurers, pension funds, etc.), between 2011 and 2017, with a total value of 508,482,640,468 US dollars. The new database accounts for nuclear weapons, cluster bombs, non-nuclear missiles, combat aircraft, warships, military explosives, military electronics, submarines, tanks, among others.

Remember that the Banca Armada concept refers to all financial entities that participate in the military industry through one or more types of financing, which are broken down in this database into 3 categories: Underwriting of share and bond issuances of arms companies; the granting of loans to arms companies; ownership or management of shares and bonds of arms companies.

The objective of this new database is to provide the user with the possibility of deepening the analysis of the relationship between arms trade and financial institutions around the world, from a critical perspective based on a culture of peace. 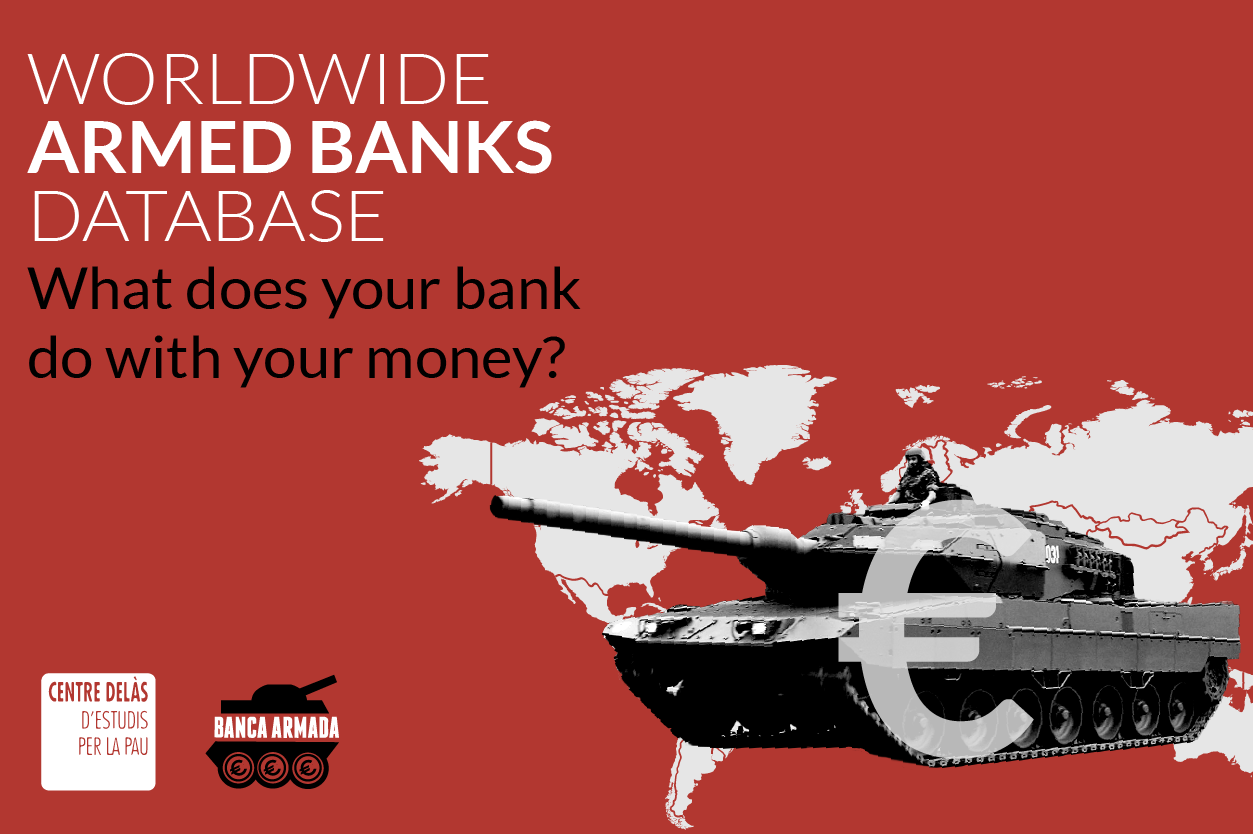